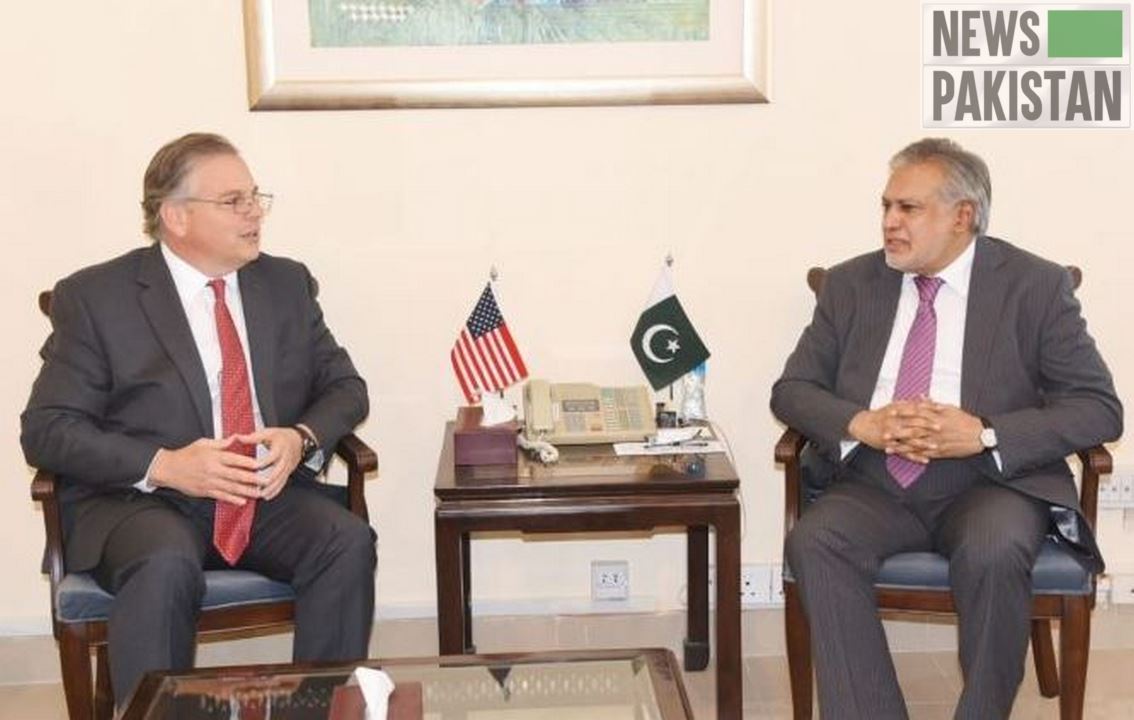 During a meeting with Ambassador of the United Stated of America to Pakistan, Donald Blome, who call on the minister here, Ishaq Dar said the incumbent government was focusing on creating a business-friendly environment for foreign investors.

He highlighted the importance of long-term, broad-based and multi- dimensional relationship between Pakistan and the United States, according to press statement issued by finance ministry.

The minister briefed the Ambassador about devastation caused by the recent floods in Pakistan, the statement added.

The Finance Minister further highlighted the economic agenda and policies of the government with aim to bring about economic and fiscal stability.

He reiterated the desire of the present government to further deepen bilateral trade and investment ties with the USA.

On the occasion, Ambassador Blome felicitated Ishaq Dar on assuming the charge of Finance Ministry and also extended sympathy on the destruction caused by the floods and support of his govt.

The ambassador underscored that both countries enjoy good relations and expressed confidence on the policies and programmes of the government.

Donald Blome extended his support to further promote bilateral economic, investment and trade relations between both the countries.

Blocked CNIC issue to be resolved!