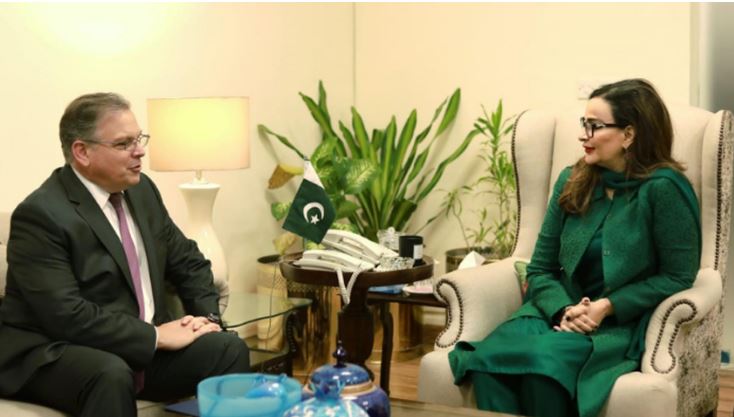 The Federal Minister congratulated the Ambassador on assumption of his office and expressed the desire to continue working together for tackling climate change issues, said a news release.

The Federal Minister expressed her concern over Pakistan’s vulnerability to climate change, and the growing problem of “unprecedented” climate issues like severe heatwaves and the ongoing monsoon rains, that have resulted in floods throughout the country.

She said that the floods have resulted in many casualties in both Balochistan and Sindh.

The worst is that the country still needs to brace for another monsoon rain spell in the next month.

While talking about future Pakistan-US cooperation on climate, the Federal Minister remarked that Pak-US Climate and Environment Group must be made functional before COP 27 so that unfulfilled multilateral pledges can be actualized.

The conversation also covered various areas of collaboration in the fields of technology, science and education.

Apprising Blome on the NDCs, the Minister discussed taking the climate cooperation forward between the two countries in continuation of the Minister Sherry Rehman’s recent Skype call with U.S. Special Presidential E for Climate, John Kerry.