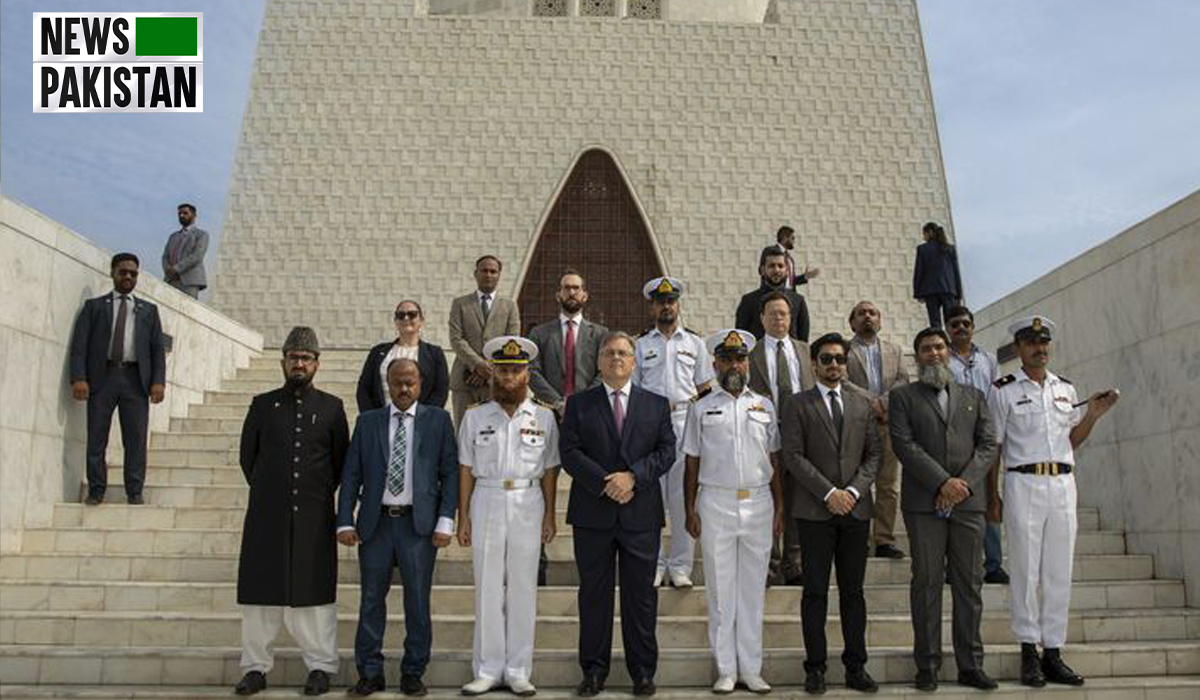 KARACHI: Ambassador Donald Blome visited the mausoleum of Quaid-e-Azam Muhammad Ali Jinnah on Thursday (11th of August, 2022) and paid his respects to the founder of Pakistan ahead of Pakistan’s 75th Independence Day.

Ambassador Blome laid a floral wreath at the mausoleum and signed the guestbook on behalf of the US Embassy in Islamabad.

Ambassador Blome noted: “It is a great honor to be here at the Mazar-e-Quaid to pay my respects and commemorate the legacy of Muhammad Ali Jinnah.

“The United States shares Quaid-e-Azam’s vision of a Pakistan at peace with itself and its neighbors, a Pakistan of religious tolerance, economic prosperity, and social inclusion.

“On behalf of the American people, I offer Pakistan warm congratulations on its 75th Independence Day.”

H.E. Blome  toured the adjoining museum and admired the artifacts related to the life of Quaid-e-Azam Muhammad Ali Jinnah.

This year (2022) marks 75 years of bilateral relations between the United States and Pakistan.

The United States values long-standing cooperation with Pakistan and has always viewed a strong, prosperous, and democratic Pakistan as critical to US interests.  US  supports strengthening economic ties between the two countries by expanding private sector trade and investment, which benefits both countries.

Examples of long-standing Pak-US cooperation include:

Imran Khan ceases to be the PM