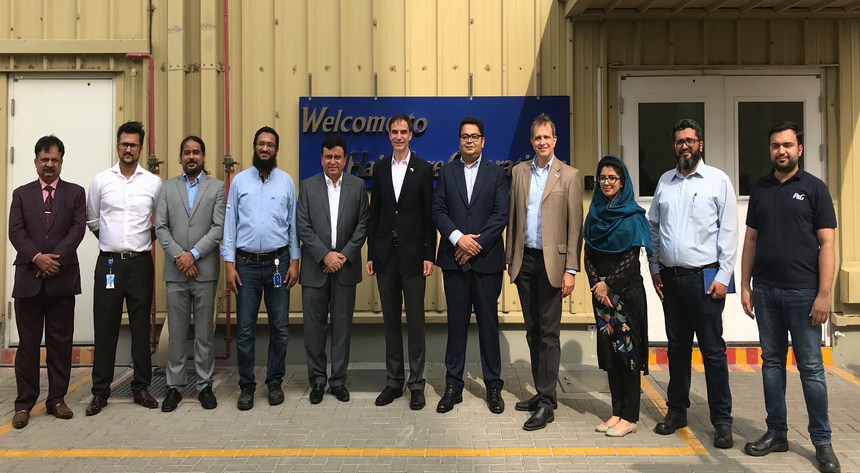 KARACHI: Ambassador  Paul Jones explored opportunities and challenges for greater trade and economic engagement between the United States & Pakistan during a visit to Port Qasim on 16th of September, 2019.

Houston-based Excelerate Energy highlighted its commitment to advancing Pakistan’s energy security through the introduction of a larger Floating Storage Re-Gasification Unit (FSRU).  The state-of-the-art vessel would significantly increase base load delivery of gas.  Since 2015, Excelerate has partnered with Engro to operate the busiest FSRU on the planet while delivering up to 15 percent of Pakistan’s gas requirements.  US-based ExxonMobil, together with Energas, is currently evaluating the terms released by Port Qasim Authority for the development of the third LNG terminal.

US-based companies Cargill and Procter & Gamble also briefed the Ambassador on their operations and investment plans.  Cargill previously announced plans to invest over Rs. 31 billion ($200 million USD) in Pakistan.  Earlier this year, Procter & Gamble announced that it had invested Rs. 8 billion (over $50 million USD) in Pakistan in a state-of-the-art hair care manufacturing plant at Port Qasim, next to its existing detergent plant.

Pundits at the helm of affairs are positive that Port Qasim will play a crucial role for both companies as they continue to invest in their operations in Pakistan to provide food and consumer products to Pakistani and international markets. 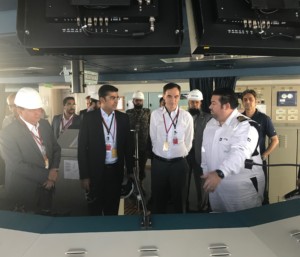 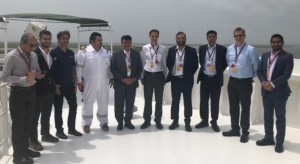 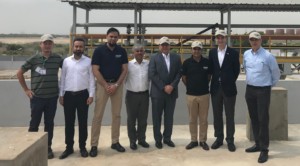 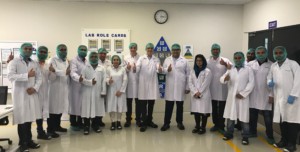 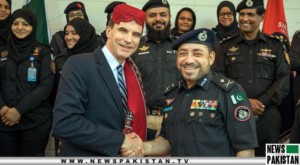 Ambassador Jones addressing the ladies and gentlemen in the audience held: “The Sindh Police understands its role is not only to fight crime and terrorism, but also to help citizens and create a safe and secure environment for the communities it serves.

“The United States is proud to support the Sindh Police’s efforts to develop an efficient and professional police force. We honor the sacrifices that the men and women of the Sindh police make every day carrying out their vital mission.” 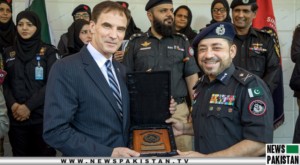 Paul Jones observed the training of police officers on material developed under the Curriculum Development Program, saw a demonstration of firearms simulators, and viewed the site of the planned construction of barracks for women police officers.  These programs are made possible by over 856 million rupees ($5.35 million) in funding from the United States Government.

The Curriculum Development Program is a partnership between the Sindh Police and the US Department of State’s Bureau of International Narcotics and Law Enforcement (INL) that is developing local training curriculum by Pakistani police for Pakistani police; developing master trainers; and incorporating the new modules at all Sindh Police training institutions.  Over 85,000 police officers have been trained to date through the program.

In 2018, INL donated 30 firearms simulators to improve the capacity of the Sindh Police’s training institutions to deliver safe and proper firearms training.  In support of the Sindh Police’s efforts to recruit more women into its ranks, INL is funding the construction of women’s barracks at Saeedabad and Shahdadpur Police Training Colleges.

i) US Ambassador Paul W. Jones visit was a manifestation of the United States’ ongoing commitment to the capacity building of Pakistan’s law enforcement organizations;

ii) The United States Department of State’s Bureau of International Narcotics and Law Enforcement Affairs works in more than 90 countries to help them combat crime and corruption, counter drug-related offences, improve police institutions, and promote laws and court systems that are fair and accountable.