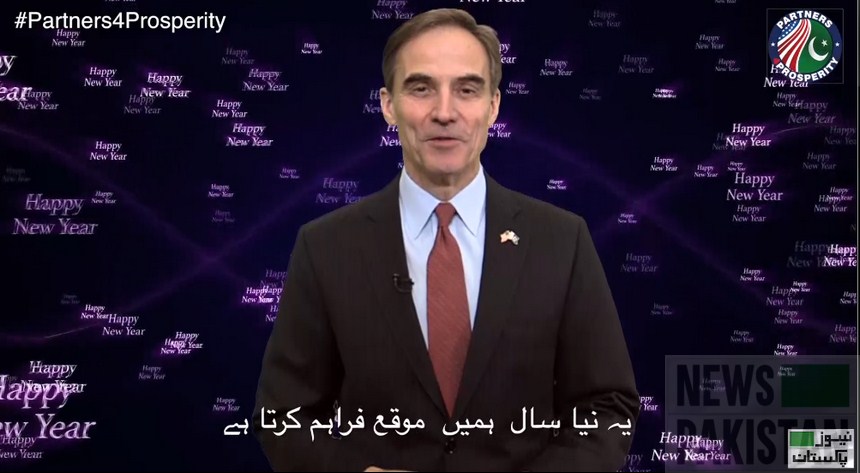 ISLAMABAD: For over 70 years, America has partnered with Pakistan to further Pakistan’s development priorities, including in energy, health care for vulnerable populations, women’s empowerment, education and teacher training, support to law enforcement, and private sector development.

To showcase the many facets of America’s commitment to Pakistan, the US Mission to Pakistan launched a new social media campaign and hashtag today:  #Partners4Prosperity.

Over the next six months, the Mission will use its social media platforms to highlight key facts and events about the U.S.-Pakistan partnership. US diplomatic mission here also encourages Pakistani social media fans to share their perspectives on the Pak-US relationship under the hashtag #USPAKStories.

US Envoy Paul Jones has stated: “For 72 years, the United States and Pakistan have partnered for the prosperity of our peoples.  This six-month campaign will highlight all that we have done – and continue to do – together.  It will also demonstrate our continued commitment to this valued partnership between our nations.”

Some facts about the U.S.-Pakistan partnership:

US Envoy Paul Jones says Pak-US coop. would be strengthened!

ISLAMABAD: Paul Jones, US Envoy here said today  that bilateral cooperation between Pakistan and US particularly in field of agriculture, agriculture-value-addition, technology and public private partnership would be further strengthened during the days to come.

The US Ambassador called on Minister for National Food Security and Research Sahibzada Muhammad Mehboob Sultan and discussed the different prospects of Prime Minister Imran Khan’s forthcoming visit to US.

The minister said that the incumbent government under the leadership of Prime Minister Imran Khan was making all efforts to strengthen the agriculture sector and had identified areas which would be developed on priority basis including agriculture mechanization to augment the yield of cotton, development of oilseed to decrease the import bill.

Mehboob Sultan said Pakistan was exporting mango to over 48 countries across the globe, adding that exports to US could be enhanced as it meets all the international standards.

Envoy held enhanced market access would give further boost to exports of mango to US. He said that joint strategy could also be formed for value addition of mangoes in Pakistan and export it to US which would be mutually beneficial for both the countries. The minister also stressed the need for providing market access to Pakistani dates to US markets.

Speaking on the occasion, the Ambassador said US was well aware that Pakistan was an important agricultural country and exchange of technologies in agriculture field including cooperation in value addition, public private partnership would be welcomed.

The minister and ambassador mutually agreed that Prime Minister’s forthcoming visit would be very important to highlight the preferred areas of cooperation especially in the field of agriculture.