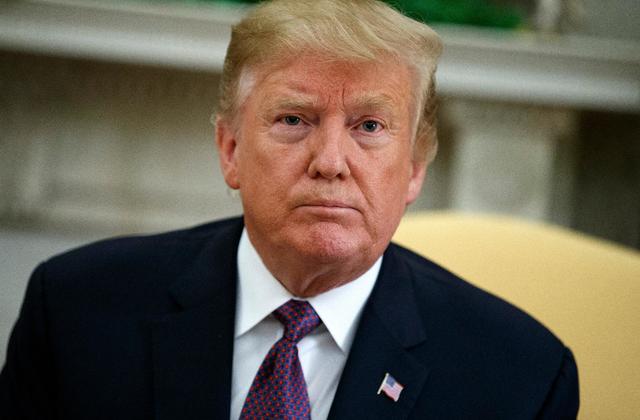 WASHINGTON: A US federal judge on Monday denied President Donald Trump’s efforts to quash a subpoena from Democratic lawmakers to release years of financial documents dating from before his time in the White House.
The decision marked the first time that US courts have waded into the conflict pitting the president against the Democrats who, riding on their newfound majority in the House of Representatives, have opened a raft of probes into Trump.
Trump, who says he is the victim of “harassment,” has refused to cooperate in the investigations focused on his tax returns, his finances or matters related to Russian efforts to tip the 2016 election in his favor.
US District Judge Amit Mehta refused to block the House Oversight and Reform Committee’s subpoena for accounting firm Mazars USA pending litigation.
The lawmakers’ April 15 request for records dating back to 2011 followed testimony by Trump’s one-time lawyer Michael Cohen that his boss would often change the estimated value of his assets and liabilities on financial statements as he felt was needed for various purposes.
On April 22, Trump and affiliated organizations and entities filed suit, requesting that the court declare the subpoena “invalid and unenforceable” as it questioned the legislative validity of the Democrats’ demands.
“So long as Congress investigates on a subject matter on which ‘legislation could be had,’ Congress acts as contemplated by Article I of the Constitution,” which guarantees the body its legislative powers, Mehta said.
“Applying those principles here compels the conclusion that President Trump cannot block the subpoena to Mazars.”
The judge also insisted that the lawmakers had “facially valid legislative purposes.”
“It is not for the court to question whether the committee’s actions are truly motivated by political considerations,” he added.
Trump’s legal team indicated it would appeal the ruling.