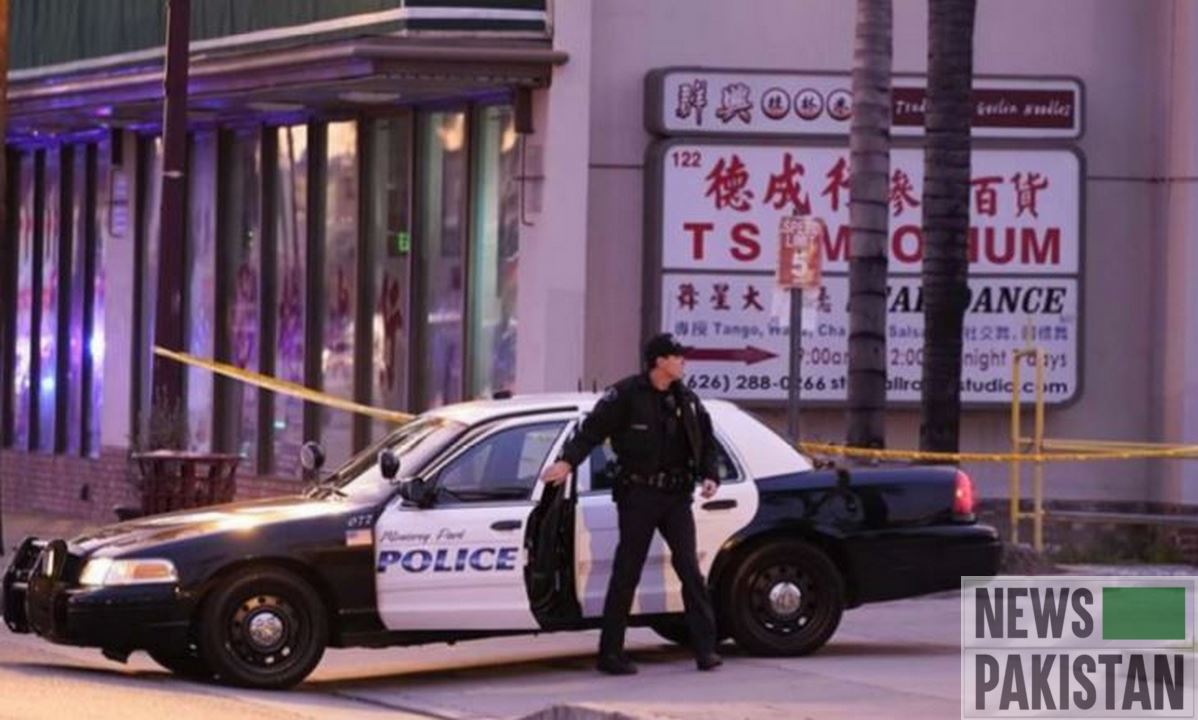 MONTEREY PARK: Police in Southern California on Sunday (22nd of Jan 2023) launched a manhunt for an Asian male suspected in a mass shooting that left 10 people dead and 10 others wounded at a dance club during Lunar New Year celebrations.

The “male suspect fled the scene and remains outstanding,” Los Angeles County sheriff Robert Luna told a press conference in Monterey Park. He cautioned that the description of the shooter remains preliminary, and he gave no further identifying details.
The gunman opened fire as the local community were celebrating Lunar New Year at the venue in Monterey Park, with witnesses saying he shot indiscriminately with a semiautomatic weapon.
Luna said officers had responded to emergency calls at 10:22pm on Saturday (6:22 Sunday GMT) and found people pouring out of the premises.
“The Monterey Park Fire Department responded to the scene and treated the injured and pronounced 10 of the victims deceased at the scene,” Captain Andrew Meyer said earlier.
Five of the dead were women and five men, officials said.
Luna said the 10 people wounded had been transported to several hospitals and were listed in conditions ranging from stable to critical.
He said he did not believe the shooter used an assault rifle, but he did not identify which weapons were used.
Luna also described a second incident in nearby Alhambra some 20 minutes later, in which another Asian man carrying a gun walked into a dance studio but was tackled and thwarted. He fled the scene and no injuries were reported.
Alhambra is about two miles north of Monterey Park. Luna said investigators were probing whether the incidents were related.
Sheriff’s deputies secured the scene in Monterey Park Sunday morning and established a security perimeter around the area, an AFP reporter said.
A helicopter flew overhead, as television trucks set up to broadcast.
At the entrance to Monterey Park, only a few miles from downtown Los Angeles, a banner celebrating the Lunar New Year remained in place.

Monterey Park is home to around 60,000 people, the majority of them Asian or Asian American.
US President Joe Biden tweeted that he and his wife Jill were “praying for those killed and injured in last night’s deadly mass shooting in Monterey Park,” adding, “I’m monitoring this situation closely.”
The shooting was the deadliest in the US since a shooter in Uvalde, Texas killed 22 people at an elementary school last May 24.
Local resident Wong Wei told the Los Angeles Times his friend had been at the Monterey Park dance club, and had been in the bathroom when the shooting erupted.
When she emerged, she saw a man carrying a long gun and firing indiscriminately, as well as the bodies of three people, two of them women and one person who he said was the boss of the club.
The paper reported that Seung Won Choi, who owns a seafood barbecue restaurant near the scene, said three people had run into his restaurant and told him to lock the door.
The three said there was a man with a semiautomatic gun who had multiple rounds of ammunition on him, and would reload every time he ran out, Choi told the paper.
Tens of thousands of people had gathered earlier in the day for the two-day Lunar New Year festival, which is one of the largest in Southern California.
The second day of the festival, Sunday, was canceled after the attack.
“My heart is broken for the victims, their families, and the people of my hometown Monterey Park who were impacted by the mass shooting,” Representative Judy Chu, the first Chinese American woman elected to the US Congress and a former mayor of Monterey Park, said on Twitter.

Meyer said detectives did not know whether the suspect knew his victims or was targeting a particular group.
“We will look at every angle,” he said, adding that officers were reviewing surveillance footage.
“It’s just too early in the investigation to know whether this incident was a hate crime or not,” he told reporters.
The US Department of Justice said there were over 7,000 reported hate crimes in the United States in 2021, affecting more than 9,000 people.
Two thirds of those were race-related, it said.
Gun violence is a huge problem in the United States, which saw 647 mass shootings last year, according to the Gun Violence Archive website, defined as an incident with four or more people shot or killed, not including the shooter.
Across the US, more than 44,000 people died from gunshot wounds in 2022, more than half of which were suicides.
The country has more weapons than people: one in three adults owns at least one weapon and nearly one in two adults lives in a home where there is no weapon.