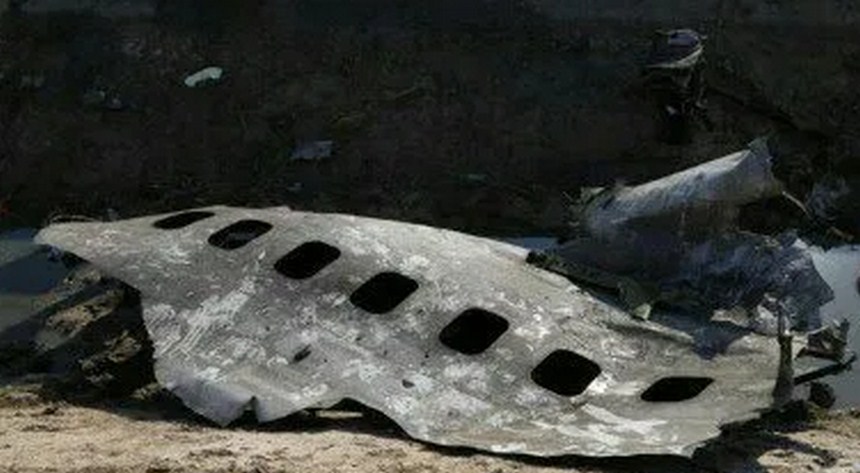 MANHATTAN: A new (blurry) footage surfaced yesterday (Tuesday 14th of January, 2020) shows that two missiles (and not one as believed earlier) hit the place 30 seconds apart killing 176 people onboard.

It is pertinent to mention here that the first projectile disabled the transponder.

Iran says it shot the Ukrainian jetliner down unintentionally

KARACHI: President Hassan Rouhani accepting Iran’s mistake has taken to the Twitter to admit that the Ukrainian plane was shot down due to human error.

“Armed Forces’ internal investigation has concluded that regrettably missiles fired due to human error caused the horrific crash of the Ukrainian plane & death of 176 innocent people. Investigations continue to identify & prosecute this great tragedy & unforgivable mistake.The Islamic Republic of Iran deeply regrets this disastrous mistake. My thoughts and prayers go to all the mourning families. I offer my sincerest condolences,” held the President.

The Foreign Minister of Iran Javad Zarif stated: “A sad day. Preliminary conclusions of internal investigation by armed forces: human error at time of crisis caused by US adventurism led to disaster. Our profound regrets, apologies and condolences to our people, to the families of all victims, and to other affected nations.”

Military of Iran admitted that the Ukrainian jetliner was mistaken for a hostile target after it turned towards a sensitive military centre of the Revolutionary Guard. Apologizing for the disaster Iranian Military said it would upgrade its systems to avoid such tragedy in the future.

Irani military has further stated that the responsible parties would be referred to a judicial department within the military and held accountable: “The military was at its highest level of readiness amid the heightened tensions with the US. In such a condition, because of human error and in a unintentional way, the flight was hit.”

Foreign Minister of Islamic Republic of Iran Javad Zarif has stated: “A sad day. Preliminary conclusions of internal investigation by Armed Forces: Human error at time of crisis caused by US adventurism led to disaster Our profound regrets, apologies and condolences to our people, to the families of all victims, and to other affected nations.”

Iran-US Conflict: Was Ukrainian Plane Shot Down by Iran?

KARACHI: As Canadian flags are flying at half mast today (Friday 10th of January, 2020) in memory of the people who died in the Ukrainian jetliner crash, PM Justin Trudeau stated they had intelligence from multiple sources that the plane was shot down by an Iranian Surface-to-Air Missile. 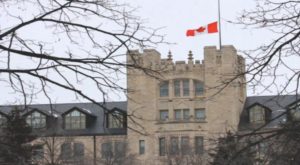 OTTAWA: Flags are being lowered to half mast all over the country today in honor of the 176 (63 Canadian) victims who died when a three-n-a-half-year old Boeing 737-800 of Ukrainian International Airlines (heading for Kiev from Tehran) crashed after takeoff on Wednesday (8th of January, 2020). Out of 176 passengers 138 were connecting to Canada.

Canadian, British and American officials are of the view that SAM strike could well had been a blunder that the Iranians made reckoning the Ukrainian plane as a threat (bewildered by the augmented tension in the region due to the launching of ballistic missiles from Iran to the airbases in Iraq harboring US and allied troops): “We know this may have been unintentional. Canadians have questions, and they deserve answers,” Trudeau stated.

PM Boris Johnson of UK and PM Scott PM Scott Morrison of Australia also noted that all the intelligence presented to them did not suggest that SAM missile attack was an intentional act.  Intelligence could be derived from communication interceptions, satellites and sensors’ data history. “There is now a body of information that the flight was shot down by an Iranian Surface to Air Missile. This may well have been unintentional,” said Boris Johnson. Four British passengers also died in the tragedy.

President Donald Trump holding that Iran was responsible for the shoot-down dismissed Iran’s claim that it was a mechanical issue with the plane: “Somebody could have made a mistake on the other side, noting the plane was flying in a pretty rough neighborhood”.

It is difficult to figure out the exact modus operandi the US and its allies would opt for in near future. It is pertinent to mention here that yesterday (Thursday 9th of January, 2020) the US House approved a measure that aims to bar any further military action against Iran sans congressional approval.

Meanwhile, a video has been posted on the Social Media showing an object rising from the surface before an explosion. Iranians, blaming a technical fault for the crash rejected the SAM attack theory. Spokesman of the Irani Armed Forces Gen Abolfazl Shekarchi called the SAM attack theory as a part of Psychological Warfare by Irani opposition groups based abroad.

According to details the jetliner took off at 6.12AM (Tehran time) on Wednesday (8th of January, 2020) and after gaining an altitude of 8000 feet, tried to return and dropped down. Since it was fully loaded with fuel the crash caused an enormous explosion.  It is yet to be ascertained as to why the pilots failed to reach out to the air-traffic controllers.

Though both the Black Boxes had been recovered by Irani authorities. It is suspected that some parts of cockpit communication might be lost due to impact. Oleksiy Danilov, Secretary of Ukraine’s Security Council held: “A strike by a missile, (possibly a Russian made Tor missile system delivered to Iran in 2007), is among the main (theories), as information has surfaced on the internet about elements of a missile being found near the site of the crash.”

According to details the airliner was engulfed into flames after take-off from Tehran and crashed due to engine failure. While many wonder whether the plane’s crash with so many Irani passengers an accident or a terrorist attempt.

Ukraine’s President Volodymyr Zelenskiy who has cut short a visit to Oman to return to Kyiv held: “Our priority is to find the truth and everyone responsible for the tragedy.” Canadian Prime Minister Justin Trudeau said the country was shocked and saddened. He vowed the government would work to “ensure that this crash is thoroughly investigated and that Canadians’ questions are answered.”

The President of Ukraine International Airlines Yevhen Dykhne, said the aircraft “was one of the best planes we had, with an amazing, reliable crew…Given the crew’s experience, error probability is minimal. We do not even consider such a chance.”

Although the Black Boxes were found, Iran refused to hand that over to the investigators. Gen. Abolfazl Shekarchi, spokesman for the Iranian armed forces, denied that the plane had been brought down by a missile: “The rumors about the plane are completely false and no military or political expert has confirmed it.”

Cynics go haywire wondering why such an accident occurred just hours after Iran fired ballistic missles at airbases in Iraq harboring American troops in retaliation for the assassination of their commander? Moreover, refusal of Iranis to give the black boxes to the manufacturer and the Americans also adds to the uncertainty. 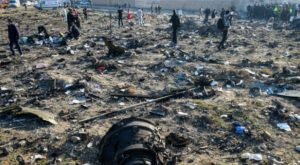 TEHRAN: It is yet to find out why a perfectly fit plane crashed killing 176 people onboard during the height of US-Iran conflict: many, pointing towards Iran’s refusal of giving the black boxes to the manufacturers or the owners of the plane, insinuate towards a possibility of American retaliation. It is pertinent to mention here that initially, the diplomatic mission of Ukraine in Iran stated that engine failure was the cause of crash. But later changed their statement saying would not comment until they are informed about the outcome of the investigation.