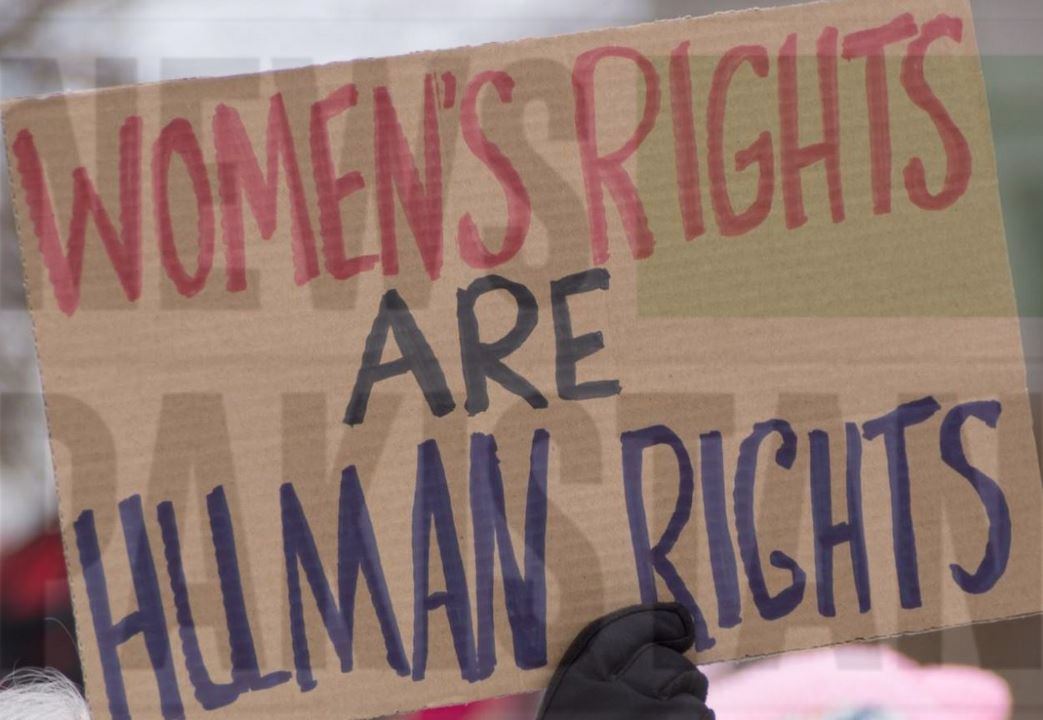 KARACHI: Speakers at a round table termed the floods 2022 as the deadliest floods in Pakistan since 2010, when nearly 2,000 died in flooding, and the deadliest in the world since the 2020 South Asian floods.

The session was jointly organized by Sindh Commission on the Status of Women (SCSW) and National Population Fund (UNFPA), Sindh, as part of 16 days of Activism on “Climate Change and the challenges faced by women and girls during the climate emergencies and the respective role of service providers institutions.”

The session was a part of the series of events being held in Sindh, Pakistan and globally in light of 16 Days of Activism to End Violence Against Women and Girls.

The 16 Days of Activism against Gender-Based Violence is an annual international
campaign that kicks off on 25 November, the International Day for the Elimination of Violence against Women, and runs until 10 December, Human Rights Day.

Around 20.6 million people require humanitarian assistance, including around 8.2 million in flood-affected areas who need health services.

Over 2.1 million people were left homeless because of the floods.

In her keynote speech, Syeda Shehla Raza, Minister For Women Development Govt. of Sindh said just after flood her department took measures to cater to the initial needs of women who came in the camps in Karachi.

“We arranged sanitary napkins, pampers, biscuits and milk for children besides cooked food etc as women and children had major problems in accessing bathrooms, in the schools or colleges where they were camped.

“The expected rain was 49mm but it exceeded to 1700 mm and it was a crisis which was beyond our control, yet the department along with other line departments did its best to give relief to the people,” she maintained.

Shehla Raza highlighted the need to build climate resilient infrastructure to protect women from GBV, particularly in times of crisis.

She said the floods have left many questions which need answers in terms of climate change and there is need to look forward and make strategies which could help in mitigating colossal damage done to men and environment in such calamities in the future.

“Besides, flood resistant houses, road infrastructure also needs to be improved,” she maintained, while empathizing on such contingency plans which reduce environment degradation and give relief to women.

She also highlighted the legislation done in Sindh, and called for a change of the collective behavior in society for extending support to victims of abuse and violence.

She cited the case being fought by Mehdi Kazmi to seek justice for her daughter.

Minister for Environment, Climate Change and Coastal Development, Mohammad Ismail Rahoo emphasized upon the economic empowerment of women and protection of their livelihoods to make them less vulnerable to GBV.

“Flood 22 was the biggest disaster in the history of Pakistan, especially province of Sindh, as it not only devastated large tracts of lands but it also displaced millions of people, took many precious lives, injured many and led to disastrous effect on climate.

“The women were the worst affected, as it increased gender based violence (GBV) against them,” said Muhammad Ismail Rahoo, Dr Waqar Memon, Director MIS, Department of Health, said that since they received warning from the Pakistan Metrological department in June 2022, they started preparing for the flood emergencies.

“We set up control rooms, made district contingency plans, ensured availability of all necessary medicines, put electricity back up in place, and also made arrangements for health and reproductive health awareness sessions for the women. But the disaster was much bigger than our expectation,” he opined.

The panel discussion was followed by an interactive question and answer session, in which members of the transgender community raised their concerns over creating more inclusivity in such dialogues.

“Last week on 24th of November, Pathfinder International, UNFPA and Women Development Department Sindh had lit up the Sindh Assembly Building and Teen Talwar Monument with orange color to bring attention to the cause of activism against gender-based violence.

“With the support of government of Sindh, civil society will continue to raise awareness and sensitivity for this cause of the next two weeks as part of a global campaign,” said Nuzhat Shirin, Chairperson.

Sindh Commission on the Status of Women, Shirin, concluded the session by saying that her department despite limited resources worked in close coordination with all the line departments and tried to reach out to people at far flung areas while working day and night.

“However, there is need to make future plans keeping in mind the climate change and also the vulnerability of women when such crises occur,” she concluded.