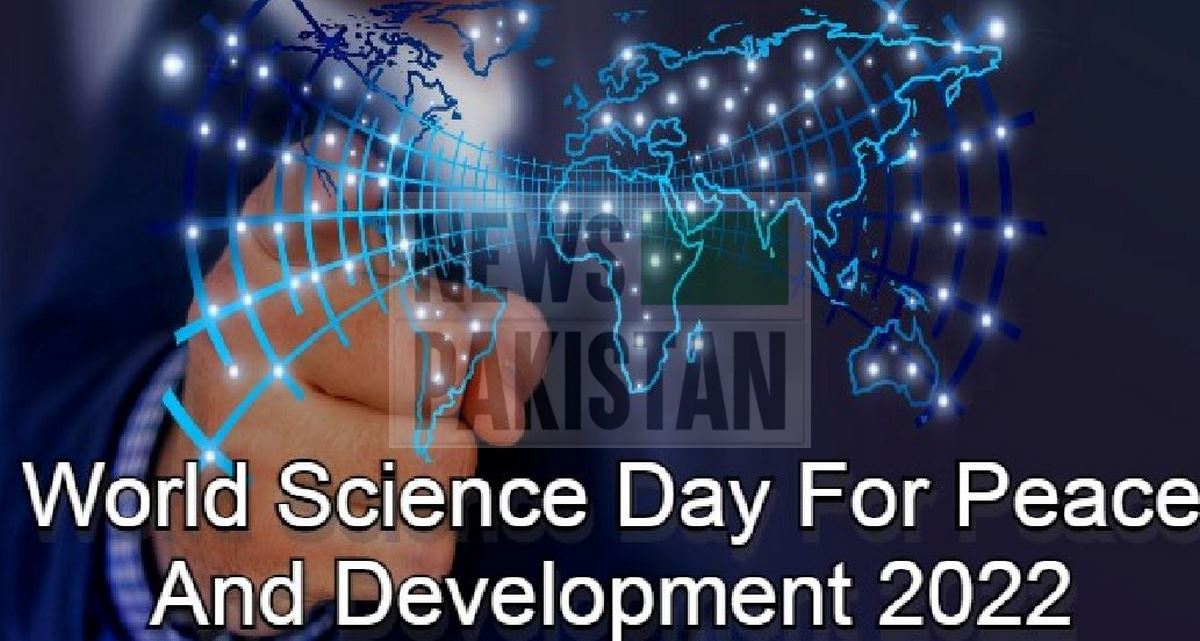 KARACHI (UNESCO/APP): Celebrated every 10 November, World Science Day for Peace and Development highlights the significant role of science in society and the need to engage the wider public in debates on emerging scientific issue.

Eminent reformer, artist, writer, academician and former member of Sindh Assembly, Mehtab Akbar Rashidi emphasized the need of focusing the promotion of science and technology with effective research to resolve various issues including health and climate change in the country.

The scientists can bring regulations in various sectors of life for which there is need of bringing improvements in educational system of the country, she said while speaking as guest of honor at a ceremony hosted by the Students Teachers Engagement Programme (STEP) of Sindh Agriculture University (SAU) Tando Jam at Dr. A. M. Sheikh Auditorium Hall under the theme of “Peace and Development” on the World Science Day here Thursday.

Mehtab Rashidi said that nature has given many signs and opportunities for science, when there is a fear of the world running out of energy reserves, then nature has opened the way for solar energy from sunlight and wind energy from the air.

She said that the developing countries of the world were taking benefits of science for uplift of the living standards of their countrymen.

She said the educational institutions are actually centers of research, therefore the government, institutions and all stakeholders must take the issue of education.

He said that the engine of any vehicle was first prepared for a war tank, while countless things including information technology, wireless, and walkie-talkies were made only for war purposes.

He said that the United States was still spending 45 billion dollars on military research, while the United Nations organizations that work
for peace in the world also have their own army.

He said that in the present era, wars have also become privatized and wars are being fought based on scientific equipment and software through private contractors.

He emphasized that education should be promoted for peace in the world.

It is the need of the hour that scientific research should be carried out in improving the standards of climate, he said.

The global conference in this regard has recently concluded in Egypt, where global issues like food security and climate change were discussed at length, he said.

He informed that Sindh Agriculture University has established an Agricultural Science Society and now it is establishing a Science Development Society.

Dr. Syeda Eram Shah, Social Activist said the research is needed in all fields of the country.

Dr. Mahmood Mughal, the Consultant to the Vice Chancellor for Media and Heritage said that the Sindh Agriculture University was establishing an agricultural museum in which the scientific history of peace and wars will be preserved including history of science and research

It also underlines the importance and relevance of science in our daily lives.

By linking science more closely with society, World Science Day for Peace and Development aims to ensure that citizens are kept informed of developments in science.

It also underscores the role scientists play in broadening our understanding of the remarkable, fragile planet we call home and in making our societies more sustainable.

The Day offers the opportunity to mobilize all actors around the topic of science for peace and development – from government officials to the media to school pupils.

UNESCO strongly encourages all to join in celebrating World Science Day for Peace and Development by organizing your own event or activity on the day.

‘The applications of basic sciences are vital for advances in medicine, industry, agriculture, water resources, energy planning, environment, communications and culture’, affirmed the United Nations General Assembly on 2 December 2021, when it endorsed the proposal for an International Year of Basic Sciences for Sustainable Development.

‘World Science Day is contributing to the Year in 2022 by celebrating this theme.

We need more basic science to achieve The 2030 Agenda and its 17 Sustainable Development Goals’, the United Nations General Assembly noted in December 2021.

It is true that the share of domestic research expenditure devoted to basic sciences varies widely from one country to another.

According to data from the UNESCO Science Report 2021 for 86 countries, some devote less than 10% of their research expenditure to basic sciences and others more than 30%.

Having a capacity in basic sciences is in the interests of both developed and developing countries, given the potential for applications to foster sustainable development and raise standards of living.

For example, a growing number of people around the world suffer from diabetes.

Thanks to laboratory studies of the ways in which genes can be manipulated to make specific protein molecules, scientists are able to engineer genetically a common bacterium, Escherichia coli, to produce synthetic human insulin.

The organization of a focused event related to the commitment to science and society was one of the positive outcomes of the 1999 World Conference on Science in Budapest.

It was considered an opportunity to reaffirm each year the commitment to attaining the goals proclaimed in the Declaration on Science and the Use of Scientific Knowledge and to follow up the recommendations of the Science Agenda: Framework for Action.

Since its proclamation by UNESCO in 2001, World Science Day for Peace and Development has generated many concrete projects, programmes and funding for science around the world.

The Day has also helped foster cooperation between scientists living in regions marred by conflict – one example being the UNESCO-supported creation of the Israeli-Palestinian Science Organization (IPSO).

The rationale of celebrating a World Science Day for Peace and Development has its roots in the importance of the role of science and scientists for sustainable societies and in the need to inform and involve citizens in science.

In this sense, a World Science Day for Peace and Development offers an opportunity to show the general public the relevance of science in their lives and to engage them in discussions.

Such a venture also brings a unique perspective to the global search for peace and development.

The first World Science Day for Peace and Development was celebrated worldwide on 10 November 2002 under UNESCO auspices.

The Guardian plans to transform into a tabloid?!

US job creation screeches to a halt in February

US to act ‘very strongly’ if Syria uses chemical arms in Idlib: Bolton