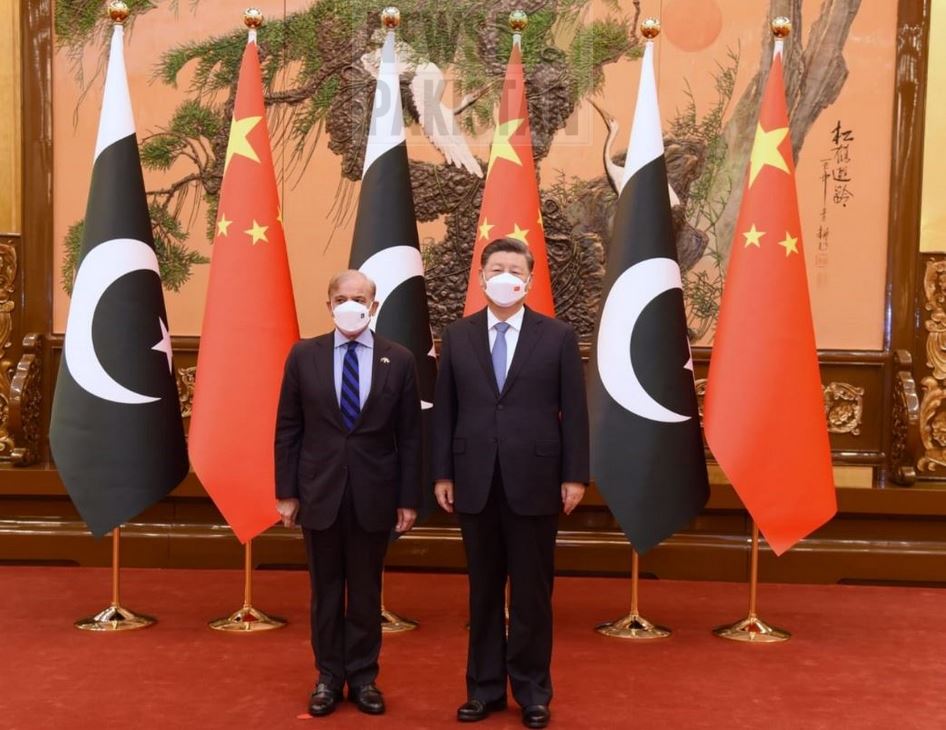 In a meeting held here at the People’s Great Hall, the two leaders reaffirming their mutual commitment to China Pakistan Economic Corridor (CPEC) agreed that as a project of strategic importance, both sides would make joint efforts to “launch the ML-1 as an early harvest project under the CPEC framework”.

Both leaders also acknowledged the need for a mass-transit project in Karachi and agreed to finalize all formalities for the early launch of the Karachi Circular Railway.

They also appreciated the signing of a number of agreements covering a broad range of bilateral cooperation during the visit.

PM Shehbaz Sharif congratulated President Xi on his reelection as General Secretary of the 20th Central Committee of the Communist Party of China.

He also thanked him for China’s invaluable assistance to Pakistan’s relief, rehabilitation and reconstruction efforts in the wake of the devastation caused by super floods in the country.

The two leaders reviewed the progress in Pakistan-China bilateral relations and exchanged views on regional and global issues of mutual interest.

They reaffirmed their commitment to the All-Weather Strategic Cooperative Partnership between the two countries that has withstood the test of time.

The two nations have stood firmly side by side, in realizing their shared vision of peace, stability, development and prosperity.

Reaffirming Pakistan’s unique historic ties with China and the salience of bilateral friendship for regional peace and stability, Prime Minister Shehbaz strongly emphasized that Pakistan-China friendship enjoyed complete consensus across the political spectrum in Pakistan and was a model of inter-state relations.

Paying tribute to President Xi’s leadership for China’s prosperity and his vision for strengthening bilateral relationship, the prime minister said that Pakistan drew inspiration from China’s socio-economic development and national resolve to the country’s progress and prosperity.

The two leaders discussed cooperation across a range of issues, including defence, trade and investment, agriculture, health, education, green energy, science and technology, and disaster preparedness.

The two leaders exchanged views on the rapid transformation in the international environment, which had exacerbated economic challenges for developing countries.

They affirmed their shared belief in dialogue and cooperation based on equality and mutual benefit as critical for global peace and prosperity.

They agreed that contemporary challenges like climate change, health pandemics, and growing inequalities needed unqualified cooperation among states, in accordance with the purposes and principles of the United Nations Charter.

There was complete unanimity of views between the two leaders.

Prime Minister Shehbaz Sharif and President Xi Jinping also discussed key issues, pertaining to the region including the situation in Indian Illegally Occupied Jammu and Kashmir (IIOJK) and in Afghanistan.

The prime minister also extended a warm invitation to President Xi for visiting Pakistan at an early date, which the latter accepted graciously.

India shares data about release of water in Sutlej!