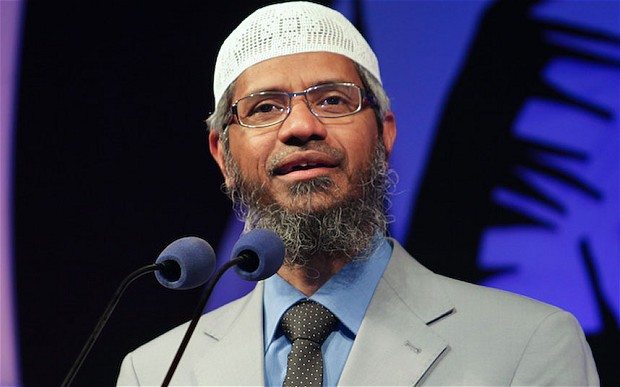 MADINA: Controversial Mumbai-based Islamic preacher Zakir said on Friday that he was being targeted for running an Islamic channel, Peace TV, which has been banned by the government.

In a press conference in Mumbai he addressed from Madina city in Saudi Arabia through Skype, the Islamic televangelist denied having any links with terrorists and dismissed as “misinformation” that he had ever advocated suicide bombings.

“I’ve always condemned them [suicide attacks] since innocent people get killed and this is “anti-Islam”,” Naik said in his video conference.

“However, it [suicide attacks] may be used as a tactic of war to save the country. In all other circumstances where innocents are targeted, it is condemnable,” Naik told reporters.

Naik said that his statements on terrorism and suicide bombing have been doctored and tampered out of context.

“I was shocked when I saw the discussions in media on me. My statements were incomplete, without context and some even doctored,” he alleged.

“I challenge you to show me any unedited answer of mine where I have not condemned suicide bombing of the kind that is happening,” the 50-year-old Islamic preacher said at the conference.

The Islamic scholar began the press conference by condemning the recent attack in Nice, France in which 82 people were killed.