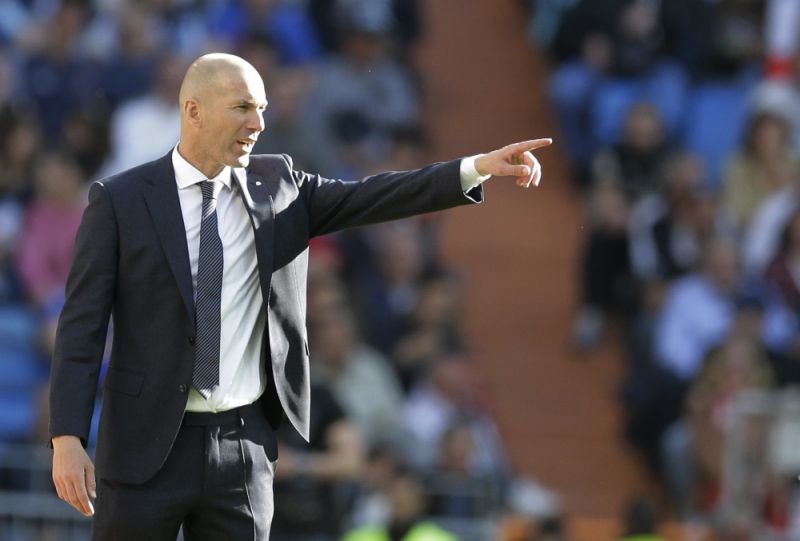 MADRID: Zinedine Zidane warned his Real Madrid players on Wednesday to maintain their focus if they are to pip Barcelona to the league title ahead of their La Liga clash with Getafe.

Madrid top La Liga by a point after five wins out of five since the Spanish season restarted last month. Real have a game in hand on Barcelona and the better of the head-to-head record which decides league placings for teams on the same number of points.

Even though Real have a kinder run-in than the Catalans, who drew 2-2 with Atletico Madrid on Tuesday, Zidane warned the trophy could slip from their grasp if they lose momentum.

“It’s my job to warn you you’ve won nothing yet. This is the harsh reality. The truth of the matter,” Zidane told reporters Wednesday.

“There are six games left with 18 points at stake. We are one point ahead, nothing more.”Being on the right track is one thing, but we will have to repeat this until the end of the season.”

Real will be without Eden Hazard, who has been left out of the 24-man squad selected to face Getafe at the Santiago Bernabeu on Thursday.

The Belgium forward limped off during Real’s 1-0 win at Espanyol on Sunday and was seen with ice on his right ankle, on which he had surgery in March.

“We shouldn’t panic,” said Zidane about Hazard’s condition.
“He spent a long time away from the pitch, he’s had to go through some difficulties … I have no doubt that Eden will be well again soon.”

Zidane has a dazzling record with Real Madrid, winning three Champions Leagues in his last spell as manager.
In this season’s competition, Real trail Manchester City 2-1 in a last-16 tie that is scheduled to be resolved in England in early August.

“I was a player, I went through this situation, I lived this experience. I know very well what it is, and the players know very well that nothing has been won yet.”